dagger of the mind

musings on dramatic, over the top narratives, and what makes them so compelling to me personally. genuine enjoyment of melodrama and analyzing where i'm fond of sourcing my dramatic narratives. wholly non-academic & personal rambling. 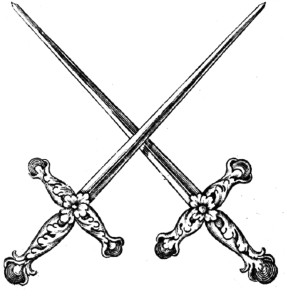 when talking about dramatics here, i am referring to a narrative trend towards emotions, relationships (in whatever sense) and passion - in whatever form that may take. it can be a tragedy or a redemption, a small detail in the history of a wider world, but if it plumbs the depths and soars to the heights, it counts within my non-academic analysis. is it the backstory of a lowly cutpurse? perhaps, if she was once the daughter of the king's mage, and her nose has been replaced with silver. dramatics, as i talk about them, naturally include a degree of symbolism - indeed, it would be lacking if it didn't.

i've noticed that we take a certain degree of drama for granted; we do not question tropes, and when we have heard a narrative enough times, we stop thinking of it as dramatic. history, we accept with all its drama, and do not call the events in it melodrama until they inspire a fictional scenario. then - is it not a bit much? over the top, we say. imagine, a novel. there is an emperor - he is youthful, and beautiful, and at the helm of a state that gusts across the continent and gathers in its riches. he is decadent, as this sort of character usually is, and he throws parties, as this sort of character usually does. he loves the sweet and fragrant, the pure and beautiful - he adores roses, pink and white and strewn across the palace from bedroom to balcony. perhaps he loves it because of the contrast to who he is, inside. he throws a party, the guests laid on couches and tossed around like fallen leaves, drinking rich wine and dipping fingertips in honey. he releases his surprise - more rose petals than anyone has ever seen, enough roses to make attar and please venus. enough roses to smother a guest in, drowning in a sea of fragrance.
unrealistic, like something out of a forgotten Amazing Stories issue. but though the story itself may be apocryphal, it's claimed historical, and this sweet crime is applied to two different roman emperors (who we will accept any sin from). nero or heliogabalus; which one in particular did it, or if they did at all, doesn't really matter. it matters that it's historical, and absolved somewhat of its unrealism because we claim its historicity.

select one of the daggers below for a more specified approach, and some narratives i like as exemplars within each category.